The scarlet ibis can be spotted throughout the year in the protected Caroni Swamp. A larger number of these bright red birds can be seen roughly from mid-October to March. Each evening the scarlet ibis roost in the Caroni Swamp. It is a popular spectacle. Therefore, several boats leave the dock in the afternoon around 4 pm. The tour lasts up to 2.5 hours. Kayaking is also offered. The drier season from January to May is the best time for your vacation in Trinidad and Tobago. Temperatures remain tropical throughout the year ranging around 32°C/ 89°F during the day and 21°C/70°F in the night. Showers can occur throughout the year. During the rainy season, it frequently rains each day; however, the sky clears up in between. There is often a short break between mid-September until mid-October Luckily, Trinidad and Tobago are south of the hurricane belt and hardly experience any hurricane. It still can occur but is extremely rare as it happened in September 1963 and September 2004. Trinidad is more likely to be affected between August and September.

The drier season from mid-December to May is the busiest time of the year on the Caribbean Islands. It's less crowded from October until Christmas therefore a great alternative. Easter and summer holidays are also busy seasons in Trinidad and Tobago.

Trinidad is a birders paradise in many dimensions. The ASA Wright Nature Center was established in 1947. Nowadays, it is the most popular bird-watching retreat on the entire Caribbean Islands. Another excellent tour is to oilbirds in the Cumamca Cave. Or watch a million bats coming out of Tamana Cave in the night.

Tourism plays a minor role in Trinidad therefore only limited hotels are available. If you plan to visit Trini in the peak season it is recommended to book your stay in advance. We spent an entire week in a guesthouse and got tons of recommendations for our vacation.

The Caroni Swamp is located south of Port of Spain, home to over 180 bird species. It is 40 sq km of tidal lagoons, mangroves, and marshland. It's easy to access the mangrove-lined channels by boat or kayak to get deep into the Caroni Swamp. You may spot tree snakes just above your head. Caroni is also been home to pink flamingoes for several years already.

The swamp got already protected in 1936. The scarlet ibis roost in the swamp on mangrove islands in the middle of the lagoon. Late afternoon the first birds return, and more are majestically gliding to the mangroves shortly before dusk. It's an awesome spectacle when the flocks in V-shaped formation arrive. During the day, they fly to Venezuela for feeding.

9 Facts About the Scarlet Ibis Tip for the Boat

Try to sit in the front, first for a better view, and avoid the engine's noise and smell! 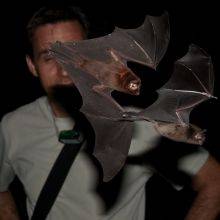 365 km
Toraille Falls
Touraille Falls are easily accessible close to Soufriere. It is a quick minute… 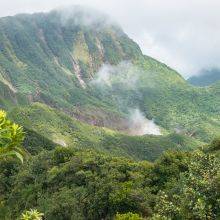