The Boulders Penguin Colony is a stunning year-round destination, not only during the breeding/feeding season. It is one of the best spots in the world to get close to penguins in the wild. Although it is called Boulders Beach, most African Penguins nest at Foxy Beach.

The beaches are often busy; however, it is usually quieter during the best time of the day. Continue reading for an exceptional visit to Cape Town. The best times to spot plenty of penguins at Boulders Beach are from November to August, especially in the late afternoon when they return from foraging.

November and  April until June are less busy, except Holy Week if you want to dodge the crowds. In the late afternoon, crowds thin out as well throughout the year. The busiest months are December until February, when Europeans escape from their cold winter. However, it can be a little busy on the shoulder and off-season, especially on the weekends during midday. To beat the crowds and increase the chance of a parking lot, be there very early in the morning as soon as they open, but fewer penguins are around.

An alternative and our favourite time is late afternoon: roughly 2-3 hours before they close, depending on the season. You'll see many more penguins compared to the morning. We spent here multiple afternoons until closure for 15 years already. During the last hour, we mainly were almost alone. What a wonderful experience to watch hundreds of penguins arriving from their daily search for food.

In general, you'll spot more penguins in the breeding season than at other times. The breeding season starts roughly in February and lasts until August: It peaks from March to May. It's fascinating when the penguins return from foraging. We watched this spectacle a couple of times.

First, you see them in the far distance, jumping and swimming. When penguins reach the beach, they waddle up to the nests to feed their chicks. The babies get fed for about two months in the late afternoon.

In March and April, you see already chicks; some are already in juvenile plumage, penguins breeding with one or two eggs, and mating ones as well. They are so graceful when swimming in the water. Seeing them ungainly waddle on land is always funny.

The closure time depends on the available daylight. The shop, the visitor centre, Boulders Beach, and Foxy Beach get closed at the mentioned time below.

Penguins are perfectly made for a life out in the sea, but they must come ashore in order to breed. January: Juveniles are moulting, after their first 1.5 years out in the sea. Adults feeding up for the breeding season. Usually, penguins mate for life returning to their previous year's nest. You may spot them mating from November until April or even May. They can breed throughout the year, but most common from February - August with its peak from March-May. Usually, penguins lay two eggs - incubation between 38-42 days. Mating and breeding season most of the penguins are at the beach. September - October: Penguins foraging at sea for the moulting season. Fewer penguins are at the beach. November - December: Moulting season occurs annually means losing their waterproof plumage -getting new feathers. It lasts for roughly three weeks. At this time, penguins are unable to stay warm in the cold sea. They can't forage for food during this period. They stay either at the beach or hide in the bush.

5 Top Tips for an Exceptional Visit Please, respect the requested 3 meters distance to the penguins. If they get disturbed they may disappear. Please don't touch them. My pictures were taken with Olympus zoom camera. How to Get to Boulders Beach

Boulders Beach is located in the False Bay on the Cape Peninsula close to Cape Town. It's half an hour drive from Muizenberg and 40 minutes from Hout Bay. Boulders Beach can be perfectly combined with the Cape of Good Hope on a day trip, which is also just in half an hour distance located - 23km.

Nowadays, I frequently book our tours via GetYourGuide. They send you reminders for your booked trip and the meeting point. The handling with the mobile or printed voucher works very well. Most convincing for me is the 24 hours in advance cancellation policy with a money-back guarantee. This is the real Boulders Beach where swimming is permitted.

Most pleasant weather from October-March. Day temps are always above 20°C. Rain showers can occur but on a couple of days only. During winter it’s much quieter but also colder. There is often a light breeze or even strong wind. Be prepared and bring a windbreaker.

Decreasing rainfall from September onwards. Day temps are on average around 20°C and nights around 13°C. It’s often partly cloudy and occasionally overcast.

January and February are the driest months of the year. Day temps are on average around 24°C and can climb up to 30°C. Night temps are, on average, around 15°C. Usually, it’s often sunny and partly cloudy. Due to the light breeze, it doesn’t get too hot. Also, the southeaster, often called "Cape Doctor" by the locals, can blow for days on end during summer. On our first visit, I got a cold due to the strong wind. The water temperature is around 18°C cold.

March is still dry, increasing rainfall from April onwards. It is still pleasant on average above 20°C. It’s often sunny and partly cloudy. Mist can occur in the morning. Nights are cool around 13°C.

During winter, it is a mixture of sunny, partly cloudy, and overcast days—more precipitation in winter around 90 mm each month. Usually, June is the wettest month of the year. Day temps are, on average, about 18°C and 10°C during the night.

Nearby Tip: Visit the breathtaking Table Mountain at Cape Town. I just updated my Table Mountain Guide (the link takes you to my article) with tips and hikes you should know. There are tons of lodges, cottages, private houses, B&Bs, and hotels in Cape Town. It's rare that Cape Town is fully booked. However, I always book these accommodations in advance during the peak season. First, rates are lower and I only choose the safe and better rated self-catering cottages or B&Bs. Usually, 80% of the accommodations are already booked a couple of weeks before during the busy season. Check out booking.com for the best rates and read the recommendations first. The following three are some of our favourite ones. If you click on the picture above you get to our last accommodation close to Cape Town in Hout Bay on Mount Bay in summer 2020. The view was fantastic, the sunrise spectacular, and even a gas BBQ was available.

Simon’s Town is home to the South African Navy's Naval Base. The harbour comes with an interesting history, established in the 19th century by the Brits as an alternative when powerful storms prevent landings in Cape Town. In 1982 the first pair of African penguins settled at Boulders Beach and more followed. This is the closest penguin colony to Cape Town. Nowadays, there are roughly 2.500 around the area of Boulders. Most of them nest at Foxy Beach. Unfortunately, the numbers are decreasing in Southern Africa (Namibia and South Africa) due to domestic pets, seals, kelp gulls (I even saw a gull with an egg in the beak), overfishing, climate change, even cars, and first of all because of us! This is the only stable colony because it is a marine protected area. The seagull took a penguin egg out of the nest.

In former times the eggs were harvested uncontrolled and guano was scraped. Meanwhile, the species is classified as endangered since 2010. The African Penguins are native to South Africa and Namibia. Boulders is just one of two land-based colonies in SA where you get pretty close to penguins in the wild. Please let them stay wild; don't pet or frighten them.

Betty's Bay is the other exceptional place less known to watch these cute guys close. It is 1.5 hours drive around False Bay to the east to the Garden Route. Boulders Beach is a section of Table Mountain National Park and is managed by SANParks; several beaches, three boardwalks, and two penguin viewing areas belong to it. The main beach with a viewing area is Foxy Beach. The other one where you can swim in summer is Boulders Beach.

This beach is usually not crowded due to the entrance fee. Most visitors come here just for half an hour or less and don’t visit Boulders or the other spots. For the increasing number of visitors peaking at 5.000 each day in December/January and for the rest of the year around 2.000 visitors daily, the access is via wheelchair-friendly boardwalks nowadays. The boardwalk gives you the perfect position to spot penguins just in front of you without disturbing them too much. It is all very well constructed; penguins get protected, visitors have a memorable time and stunning pictures. It's a protected area, fishing, smoking, and alcohol is prohibited! Before you can enter the requested conservation fee has to be paid.

Due to Covid 19, no cash is accepted just credit or debit card. The boardwalks not only protect the environment and the penguins' habitat but also provide great viewing spots for capturing outstanding pictures of nesting penguins and their chicks. The area is a Marine Protected Area, you must follow the rules of Cape Peninsula National Park and never remove any marine life from the area. Respect the recommended 3 meters distance to these majestic birds, they have a strong beak and bite. However, the area around Boulders might be the only place in the world where people can swim amongst penguins. The water temp is around 20°C in summer and 14°C in winter. You could also check for low tide, as there is more space at the beach during crowded times. I took most of the pictures, so I have the copyright. If you wish to use one get in contact with me.

Be there 1 hour before sunset

Stunning place! We've been there beginning of Feb. 2017 before 9 pm and there were only a hand full of people around, but lots more of penguins.

After arriving at the car park most people head to the right to join the queue at the visitor centre ticket office. Alternatively, veer left to make your way to the beach and see how bathers and penguins happily share sand and sea.

Unlike their smaller Australian cousins, the fairy penguins at St. Kilda https://www.besttime2travel.com/st-kilda, who rarely show themselves before the late afternoon, the African penguins at Boulders Beach can be found basking in the sun in numbers during the day. Very convenient for tourists!

And you can find them wandering in the locals' gardens too (below). 24 km
Table Mountain in Cape Town
The awe-inspiring Table Mountain, one of the new Seven Wonders of Nature, is… 45 km
The African Penguins at Betty's Bay - All You Need to Know
Betty's Bay is less popular and crowded than Boulders Beach. It is located at… 68 km
Hike to the 3 Granite Boulders in the Paarl Rock Nature Reserve
Paarl Rock are three granite outcrops, the second biggest on earth, more than… 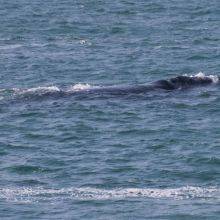 192 km
De Hoop - One of the Most Beautiful Reserves on Earth
De Hoop Nature Reserve is a World Heritage Site and still a hidden gem. For us… 204 km
Hiking in the Cederberg
The Cederberg region is a World Heritage Site, located between Pakhuis Pass…