Nazare, Praia do Norte became famous for the biggest waves ever surfed at the Big Wave Awards Contest with world records between 80-100 feet/ 24-30 meters. The "Big Wave" season starts in October and lasts until March. The best time with the highest chance of watching these waves occurs between November to February. The surf contest date is published just two days in advance.

The waves can be seen from Praia do Norte close to the cliff-top ford and lighthouse. On December 22, 2019, were the highest waves ever forecasted with up to 37 meters. Continue reading how to get the most out of your stay at Praia do Norte!

It’s a unique experience to see surfers among these massive waves. It’s one of the most difficult places to predict the conditions. The annual surf event with the best surfers from all over the world takes part between mid-October to late February. If “Giant Waves” are predicted, and the surfers arrive at Praia do Norte it’s an exciting spectacle to watch the surfers getting towed with the jet ski into the next monster wave.

The exact date for the surf contest is published just two days in advance. Monitor the wave forecast here: Big Waves Surf Forecast. The tuned jet skis have 300 hp for this kind of sport "Tow Surfing".

These waves are so powerful and fast that paddling is impossible. To figure out how to increase the chance to catch a day where surfers riding those massive waves continue reading for details. You’d like to know the real story about the world record in January 2018 and the 100 million times clicked video?

Accident and Last Surf Contest in 2020

On February 11th, 2020, was the last tow surfing challenge in Nazare. Unfortunately, a severe accident happened to the Portuguese surfer Alex Botelho. He got rescued with a jet ski after a wipeout, but the next massive wave let him and Hugo Vau flying off the jet ski. Crisscross waves occurred, crashed together, and pushed both high up into the air. He got rescued unconscious. Alex was without breathing for 10 minutes and survived without any brain damage. Luckily, he is fully recovered now.

No one died so far during this surf competition and hopefully, it continues without any dead surfer.

The last surf contest in Nazare took part on February 11 in 2020 before the Coronavirus put the entire world into lockdown. Maya Gabeira from Brazil was the winner in 2020.

When Do These Waves Occur?

The Big and Giant Waves appear between October and March but are most likely to happen from November to February. These waves are not predictable far in advance on short notice only with the current technology for forecasting conditions. Predictions are accurate for three days only. To experience the big waves, you must monitor the forecast. Either you are flexible, or you spend your vacation in Portugal as we did.

We spent some time in Porto and north of Spain in Galicia to visit the popular Cathedral Beach. We monitored the waves forecast each day, and when we figured out there is a high chance for giant waves, we drove the entire way from Galicia to Nazare back. Such a big event does not often happen, so we took the chance. When we arrived in the Zulla Nazaré`s Surf Village (Highly recommended, as it's outside the crowded area! IMPORTANT: Book in advance!) popular among surfers within walking distance to Praia do Norte, we got told that several surfers from Brazil arrived the day before. At this moment we’d known it was the right decision to come here. Another opportunity; spend your vacation in Lisbon, Sintra and the surroundings and monitor the forecast. Visit the new longest footbridge in the world Arouca 516 which is less busy in the winter. Follow the link to figure out the estimated wave height and daytime: Big Waves Surf Forecast It’s just 1.5 hours drive north of Lisbon. Even if all accommodations are fully booked, it doesn’t take so long to come to Nazare from the Lisbon surroundings.

What Causes and Indicates These Huge Waves

The north, deep water canyon of Nazare reaches a depth of 5000 m and is 230 km long. This canyon generates and amplifies such waves up to 100 feet / 30 meters height. There are 4 key factors in particular that indicate these enormous waves: Portugal is my second home country due to my family living around Lisbon and Estoril. If you’ve never been to Portugal before here are our recommendations on how to get the most out of your stay. First of all, traveling in Portugal is more convenient by car. Rental cars are much cheaper in the winter season.

Choose one of our favourite casas “guesthouses” located in a uniquely beautiful landscape close to Nazare but Lisbon and Sintra as well. Stay here the entire vacation to explore the fantastic country. Monitor the forecast for giant waves and in the meantime visit Praia da Ursa, Montserrat Palace, and Torre de Belem to mention just a view of the many outstanding locations nearby.

You always wanted to watch those massive waves, the biggest waves in the world? Portugal is perfect for an excellent vacation, even in the winter. Escape the cold and enjoy the mild climate in Portugal.

Nazare is a fishing town with 10.000 residents. It’s the most popular place in Europe to watch Big Waves. The first big surfing event and the competition was held in 2016, then twice in 2018. Surfers may be present in town like Sebastian, who is living in Nazare but you can watch them surfing only when big waves are forecasted. People watching the Giant Wave Competition from the lighthouse area

Who Surfed the Biggest Wave Ever?

Garrett Mc Namara put Nazare on the map when he surfed 78 feet / 23.78 meters high wave. The mayor of Nazare sent e-mails with pictures and videos to several famous Big Wave Surfers in 2009. Garrett was the one who came to Nazare and made it famous. The first surf competition took place in 2016 and continues.

In 2018 it was said that Rodrigo Koxa got the world record with 80 feet/ 24.38 meters high wave, but it was the ride of Sebastian Steudtner which went viral with a hundred million clicks on social media.

It’s hard to say who exactly surfed the biggest wave because it’s impossible to measure the height exactly. Pictures are used to determine the exact wave height. There can be a difference of up to 3 meters. However, one thing is for sure; the Nazare Canyon creates the highest and most spectacular “Freak Waves” due to the unique topographic.

It’s tough intensive training for the surfers; they need to be mentally fit and having the right sponsor in place. Their safety equipment is their insurance to survive. Sebastian moved from Hawaii to Nazare in 2012. I think he knows the waves of Nazare best, and one day he will break the record. That’s for sure. He was nominated again for surfing the biggest wave in 2019. Check out the Video of the nominated wave of his exceptional ride on February 7th.

It’s a hellman job to conquer the biggest waves with speed up to 80 km/h, risking their life but this is what many surfers make alive. Serious injuries are part of surfing giant waves. Luckily, no one died in Nazare yet. The British big wave surfer Andrew Cotton had a horrific wipeout in 2017 and broke his back. Luckily, he recovered completely. Needless to say, he’d been back to Nazare already.

In February 2017, the professional surfer Pedro Vianna called “Scooby” from Brazil came to Nazare for the biggest predicted swell instead of celebrating carnival in Rio. But the swell was not perfect due to onshore winds dangerous choppy whitewater was created. NatGeo called the large but hazardous waves “Big Ugly”. What happened Scooby lost control and fell from the board in the dangerous zone.

He got picked up by his friend Lucas, but the jet ski capsized in the choppy water when the next monster wave built up. They were captured in the white sea waves. It was a dramatic rescue in the death zone close to the rocks in front of the lighthouse. It’s truly epic here in Nazare, and coming so close to the most experienced surfers during an event is just unforgettable.

Where to Stay for a Perfect View

Stay either below the lighthouse or behind the north beach in the dunes to be on a higher elevation. A dirt road leads down to the beach and dunes but be careful during high tide and massive waves. If a contest takes place, a platform is built in front of the dunes.

Nazare's Beach is separated by a massive rock formation where the lighthouse is situated. The most dramatic-looking pictures are taking from far away with a zoom camera. If you see the lighthouse in front of the waves, it's taking from far above. To watch this spectacle, you need to be much closer. The southern part is a calm beach though the north impacted by the deep canyon in the Atlantic.

At the south beach, you can swim in the summer, and the beach is packed with tourists. The north beach has high waves during winter that the surfers have to be towed in by jet ski. It’s incredibly tough when bodyboarders encounter giant waves without any support.

You pay one Euro entrance fee for a closer look into the clifftop ford and its museum. The exhibition explains the topographic exception of the Nazare canyon and how these monster waves get amplified. Lots of boards of the most famous big wave surfers can be seen as well.

You have a spectacular view from the top of the lighthouse to the north and south beach. Well-made shirts of Nazare; Praia do Norte are sold at the entrance. We couldn't resist and bought one for a friend and us as well. It's a fantastic memory for this breathtaking place.

You may spend hours waiting plus watching the big wave surfers; you need to be prepared. There is a strong and chilly wind.

Afterwards we were starving and went to A Celeste for fresh seafood. We couldn't believe who also had lunch there; the three Brazilian surfers and their families.

All pictures were taken by my husband Markus and me during the contest and a week before. 96 km
Caves at Adraga Beach - Praia da Adraga
Adraga beach is a beautiful small beach. The highlights at Adraga are the… 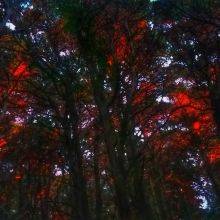 98 km
Ancient Pilgrims Path Around Sintra
Our walk, ancient way of pilgrims, begins in the most beautiful dam of the…