7 Tips to Master the Cave Stream at Arthurs Pass

The best months for this once in a lifetime adventure are during summer from December to April. In winter, from June to August, it is cold; the water temperature will be near freezing, and the water level is too high for caving.

A wetsuit is already recommended in April. Hypothermia is an underestimated risk. The water is cold as hell!

We did this adventure twice, once in summer and again beginning of April. We were able to withstand the cold with our neoprene much better. However, the water level in April was much higher than in February.

The Broken River Cave is busy during summer; be there either early or late in the day; otherwise, you line up wet and freezing inside the cave instead of enjoying.

Not advisable with a high water level! The deepest section is situated at the beginning of the cave adventure. If the water level is higher than your waist level, don't continue! It gets pretty cold, strenuous, and the water pressure is immense.

Also, do not enter if it is raining; it can cause flooding! If the water of the river is not clear, you also should not enter the cave. The most demanding obstacles at a high water level are the second waterfall (1.50m high) and the last at the end to reach the metal handles.

We did this cave twice in February with a low water level easy to manage and in April with a higher water level. It was very challenging, we had to help each other, and although wearing a wetsuit, it was pretty cold. Don't underestimate the length of 600 m wading through the chilly river. Cave Stream Scenic Reserve and Cave Map Precipitation occurs throughout the year. The wettest month is October and the driest February. The annual rainfall is roughly 1000 mm in comparison Arthurs Pass experiences about 4.500 mm a year. January is the warmest month but, on average, still below 20°C.

There are just two lodges next to the Cave Stream adventure. The Porters Lodge is situated in the mountains and has more of a hostel character with an excellent restaurant. The other option is the Springfield Motel and Lodge, which offers well-equipped studios and rooms with shared facilities.

We did this cave twice, and it always took us half an hour to walk and climb through it. Depending on the water level, it can be utterly challenging to get through the cave.

Persons below 1.60 meters may need assistance to climb up at the five waterfalls in the cave stream. The first section of the cave is the deepest. With a high water level climbing up the minor waterfalls, you get utterly wet, at least until your waist. I was fallen into the river when I tried to climb up a waterfall but. luckily wearing a neoprene wetsuit.

When you reach the three-meter-high waterfall at the end, look to the left and you discover metal handles to climb up. Hard for smaller people like me to reach. Afterwards, you need to crawl along a chain to get to the exit of the cave.

A good fitness level and some experience would help to master the cave stream without too many difficulties.

Trail to the Entrance of the Cave

From the car park (facilities provided) follow the trail always to the right to get to the entrance. There are two river crossings to reach the cave entrance. If the water level is too high for crossing, don't even think about entering the cave.

7 Tips for the Caving Adventure No entrance fee is required.

Nearby are limestone formations known from the Narnia movie: "The Lion, The Witch, and The Wardrobe”.

Disclaimer: I am not responsible for any injury, death, or consequences of any actions taken based on the information provided here. This is just my experience! Always safety first, don't enter the cave if not well prepared or the river level is too high.

All pictures were taken by me or my husband Markus. If you wish to use one get in contact with me.

This is an 8 River Crossing Hike into the hear of the Paparoa National Park. It is a bit strenuous and rarely crowded.

If you are into hiking and don't mind to get muddy this steep rainforest hike to the top of Mount Tuhua close to Hokitika is perfect for you.

It's one of the most thrilling things I ever did self-guided. Nevertheless, most challenging are the last waterfall due to the powerful flow and the ice-cold water. I was not able to climb up the waterfalls without a helping hand and got wet until my chest. It's a tough track; you need to be well prepared! 63 km
Climbing Mount Tuhua at Lake Kaniere Close to Hokitika
Lake Kaniere is beautifully situated it feels like being in Paradise. The lake… 127 km
The Hidden Truman Beach North of Punakaiki
Truman Beach is a part of the Paparoa National Park; 3 km north of the Visitor… 143 km
9 Tips for Hiking in the Mount Cook - Aoraki National Park
The more than 700 km2 big National Park is a hikers' and photographers' dream.… 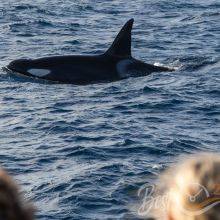 276 km
Abel Tasman Coastal Track and Beaches
The famous National Park was established in 1942. Abel Tasman is a hiker's…